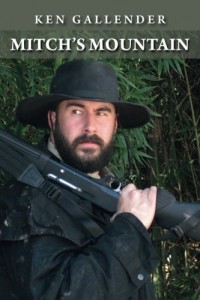 PORTER’S RUN IS NOW AVAILABLE ON KINDLE, AMAZON AND AT YOUR FAVORITE BOOKSTORE.

Here’s the link to purchase online.  It will be available through bookstores soon. 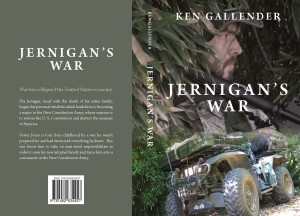 “Our job is to stay alive until there is some semblance of order. Then our job will be to restore the constitution and then hunt down and punish the politicians and their backers who caused this. But before then, I’m afraid we’ll be fighting foreign troops. The smell of death was everywhere. Mankind, the most dangerous animal on the planet, was on the hunt and on the move.”

This is a work of fiction. Names, characters, incidents and places are products of the author’s imagination. They are used fictitiously and are not to be construed as real. Any resemblance to actual events, locales, organizations, or person, living or dead, is entirely coincidental.

All rights reserved. No part of this book may be used or reproduced in any manner whatsoever without the written permission, except in the case of brief quotations embodied in critical articles and reviews. For information you may contact Jernigan’s War by sending an email to jernigan@jerniganswar.com.

Sergeant Porter Jones was tending his two mules when Private Chevalier found him.

“Sarge, your grandfather, I mean Captain Jones, wants you in the radio shack on the double.”

“He didn’t say; he just sent a half dozen of us to look for you, so it must be important.”

Porter double timed it to the radio shack; it really wasn’t a shack, it was the old radio room at the former city police station.

When he got there, he found his grandfather with a devastated look on his face. “Porter, I’ve got some bad news. I just got off the radio with Charlie Cross. One of his boys rode up this morning with a sick girl who had wandered across the river. It was about an hour before I reached them to warn them about the plague. Charlie’s whole family has been exposed with the exception of Sandy and Ally. The girls had ridden down to the lodge on John’s old mule to check on it. Charlie was able to wave them off before they got back to the house.”

“Porter, we are under standing orders to stay in place for six weeks; you can’t go anywhere.”

Porter answered, “I don’t see how y’all are going to stop me.”

Cooney Jones had seen that look before and knew that there wasn’t a man on Earth who could stop him from leaving. “At least let me notify our commander that you will be heading out.”

As Porter watched, his grandfather got on the radio to Dix Jernigan. When Dix answered,Cooney said, “Major, we have a situation.”

“I just got word from one of my guys in West Texas. My grandson, Sergeant Porter Jones, has a girlfriend out there; they’ve been staying with Charlie Cross and his family. They may have a plague victim in their house. Porter’s girlfriend and her little sister have not been exposed and are holed up in a hunting lodge about five miles down the road. Porter needs to go save them, and I would like to get your permission for him to go. Otherwise, he will just go AWOL and go anyway.”

Dix interrupted him, “Is that the tough, skinny, son of a bitch that cut off my little toe?”

“I ought to have you put him in irons to keep him from going, but if it were my wife, there is nothing on Earth that would keep me from heading out. Can you explain to him in great detail what he’s got to do to keep from getting exposed and spreading the plague or dying?”

Cooney replied, “I think so, I appreciate you not locking him up.”

Dix was cursing under his breath, “Do you understand why I don’t like being in command? I haven’t been back in charge for an entire day, and I’m already contradicting my own orders.

There are some battles you just can’t win. Bottling him up isn’t an option, I just hope he doesn’t get his ass infected or killed. I kind of got attached to him after he patched me up. Thinking back, I don’t know what was worse, getting shot and blown up, or being dragged back to town on thosebouncing bamboo poles, behind a mule with bad gas. Tell him I expect his first male offspring to be named after me; otherwise, I’m locking him up for the next six weeks. I also want him to serve as our eyes in the field. There is only one way we are going to find out what’s going on out there. Send a radio with him, so we can get back some sort of reports. It’s going to take him weeks to get back on horseback. Let me know when he gets away; outfit him the best you can; he will probably have to live off the land.”

Cooney laughed. “Thanks, I owe you one chief.”

Cooney looked over at Porter. “You heard the man, you can go, but you have to realize that you are going into a land of death. The Chinese and communists will be the least of your worries. You will not only be going to rescue the girls, but you will be our eyes and ears on the ground. I’m sending a radio with you; you’ll have to check in every few days and let us know what you are seeing. I suggest you spend the rest of the day getting your gear together. Figure on about two months in the saddle. Let me know how much food you have and how much you’ll need.”

Porter, in his typical subdued manner, said, “I’ll be ready as soon as I can cook up some hard tack or tortillas. I’ll need some corn meal to make some corn chips and some beans if we have any. I’ve got plenty of ammo for my AK47 and pistol, but I can use some .308 if you have any extra.”

“Make me a list of what you can’t scrounge up, Porter. I can’t promise anything, but I’ll try to fill it. You may have to make do with Chinese rations; we have a ton of those.”

Porter brightened up. “Those would be great; they’re sealed and taste pretty good.”

The battle that had taken place against the Chinese invaders and their communist allies had taken a toll on the patriots’ men and equipment. A great deal of what they had was captured from the enemy. The societal collapse that preceded the invasion had pretty much emptied the cities, and there wasn’t a man or woman alive who hadn’t lost some or most of their families and friends. Dix Jernigan had lost his entire family and wound up fighting a one man battle against the communists; against all odds, he survived. He joined forces with the new Constitution army and helped form militias who held the invading Chinese army at bay.

Dix walked out on the deck of the catamaran and looked down the lake. The weather was warming up, and with it would come the delightful swarms of mosquitoes. He was still hurting and weak. The bullet wound through his leg was healed but hurt like the devil when he tried to walk on it. He plopped down in a cloth camp chair and pondered his predicament. For the time being, he wasn’t being shot at or trying to shoot anyone. He had plenty of food and water, and there was nothing to do, but sit and think; that was bad. It was times like this that he missed his family horribly. The two half grown Catahoula pups lounging on the back of the boat perked up their ears when they heard a paddle bump the side of old man Beagle Boyer’s boat. Beagle was about four-hundred yards down the lake slowly paddling his way back to the houseboats.

Rachael Johnson called from her houseboat, “Breakfast will be ready in about thirty minutes.”

Rachel’s boat was the biggest of the three and was securely anchored in the middle. Dix’s catamaran was tied up on the east side, and Beagle’s houseboat was on the opposite side; the three formed a floating island out in the middle of the lake, so that no one could just walk up to the boats and knock. The last thing they needed was someone sick with the plague to pay them a visit. The bad part was someone could shoot at them from the bank, and they would have nowhere to retreat. They would be sitting ducks. There were still thieves, communists and displaced Chinese troops roaming the countryside looking for what they could steal. They would be getting very desperate, spreading the plague and killing whoever got in the way. The next project would have to be fortifying their boats to make them harder targets.

Since it was late April, the weather and water were warming up. Two eyes and a snout appeared in the water about fifty yards in front of the catamaran. The tip of the big gator’s tail broke the surface as the big lizard slowly cruised at an angle toward the boat. Dix reached for the old Springfield rifle and put the crosshairs between the two eyes and squeezed. The old rifle bounced and pieces of the gator’s head plopped across the water. The carcass floated at the surface long enough for Beagle to paddle the aluminum boat over to it. He got a rope on it and paddled over to the catamaran.

“I’ve been hoping to get that one since last year. I think he’s the one that got my dog Barney last year, so I’ve been gunning for him. We’ll have some boots and belt leather off this one. I’ll show Rachel how to cook gator.”

Dix laughed. “We’ll tie him up to my big fishing boat, take him to shore and pull him up on the bank with the four wheeler where we can skin and clean him.”

Rachel called from her boat, “Breakfast first, you boys come get it while it’s hot.” They sat down at the table. Rachel had cooked some pan fried corn cakes, scrambled powdered eggs, and some pork chops from a pig Beagle had shot the week before. The rest of the pig was smoking inside of an old upright freezer that was now a makeshift smoke house. When Dix got back on his feet again, the plans were to build a real smoke house. Things were quiet on the lake, too quiet. This made Dix Jernigan nervous.